Renraku’s arcology has been shut down and sealed off. The last tremors from the Year of the Comet – and all of the strange, second awakening occurrences (SURGE) – are finally dying down. Matrix Crash 2.0 has wiped the slate clean for untold millions of the recently SINless. The insanity of the maniacal AI Deus has been unravelled. It has been a good five years since the world seemed like it was falling apart. Things are in a nice little rhythm. Corporate profits are up, and when the water line rises, so does the sludge line – there’s more nuyen flowing in the shadows for less dangerous work than anyone has seen in quite some time. Its a good day to be SINless.

What is In the Long Shadow of Steel & Glass?

In the Long Shadow of Steel & Glass (ILSSG hereafter) is an attempt to bring to life the world of Shadowrun, to answer the question how a runner handles success or failure. The ’run itself is but a shred of time – usually a few days or a handful of hours of planning and a few minutes of panic-stricken insanity… Winning the war (or completing the ’run) is often a lot easier than managing the aftermath.

What happens when characters are not running? Who do they know, what do they do? These are the kinds of questions that ILSSG is meant to answer. So many times in the past, gaming at a table has limited the focus of a Shadowrun to just the run itself. Negative qualities like ‘Enemy’ or ‘Addiction’ rarely meant more than a few extra build points during character generation. Similarly, positive qualities like ‘black-market pipeline’ meant nothing, as characters rarely had time to acquire rare gear – the needs of the ’run were too pressing. Now, ILSSG picks up where our imaginations were left off.

ILSSG is designed to allow players to come and go as they, and their lives, please.

The primary area for play is ShadowSea.Seattle@Jackpoint. ShadowSea is a kind of open-world, common usage play-space for all PCs to interact with the Seattle metroplex. In the ShadowSea threads a PC spends time going to their favorite hang outs, seeing contacts and being seen, settling old scores and creating new ones. Every once in a while a contact may create an ‘adventure seed’ – either a major shadowrun or a minor adventure. These spawn instanced content in the form of a pair of threads (an In Character and an Out of Character) in Active Runs or a PC specific mini-thread in the ShadowSea forum.

Whether or not a PC takes a job is entirely up to them: nobody is forcing them. Their dwindling bank account, who they know, compatibility with other ’runners, street cred or notoriety, the skills they bring to the table and the people that they know will all influence the kinds of ’runs that a PC is offered.

In the Long Shadow of Steel & Glass noonesshowmonkey 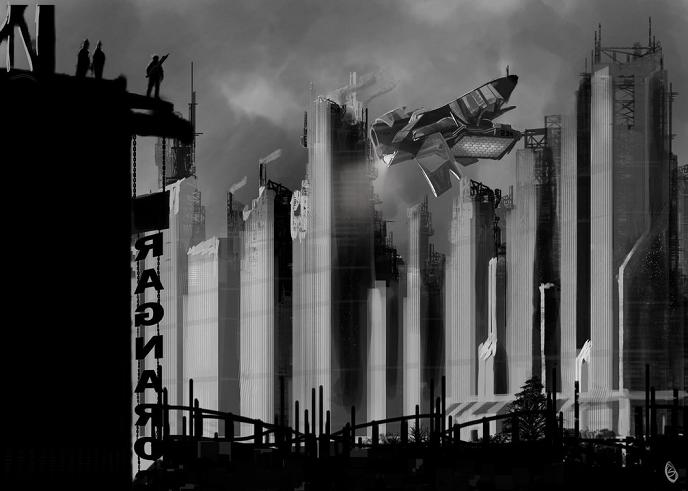 In the Long Shadow of Steel & Glass Comments

Added Skill Ratings for both Active and Knowledge skills to some contacts. Eventually, all will be so updated, and choosing contacts will be easier / more intentional.

Added art to many pages. Revised formatting on the main wiki page. Heavily revised the Security Ratings and You pages – http://www.obsidianportal.com/campaign/ilssg/wikis/security-ratings

Updates have been made to the main home page to better reflect what ILSSG is about and to accommodate visitors less familiar with our goals than I or my core players.

Character Creation rules have been reorganized and cleaned up considerably. They should be much clearer and easier to parse.

Added a few new sites to the Wiki today. Cleaned up a couple of others.

On the forum, I moved around the sub-forums so that everything displays on the main page. I think it is much cleaner looking this way.

I'm sorry, but we no longer support this web browser. Please upgrade your browser or install Chrome or Firefox to enjoy the full functionality of this site.